‘El Madrigal’ forms deep yellow flowers at the end of the branches from December to February, the contrast is magnificent against the red leaves throughout the season, before the leaves fall of in autumn, the red colour becomes even more fierce.

Planted in groups it looks astonishing, it is very winter hardy as are other Diervilla’s so they are perfect for countries with cooler climates, it also looks great planted alone.

‘El Madrigal’ won best shrub at the Montreal Botanic Gardens annual award 2018, silver at the HTA show 2018 and also won a golden medal at Plantarium 2017 in The Netherlands. 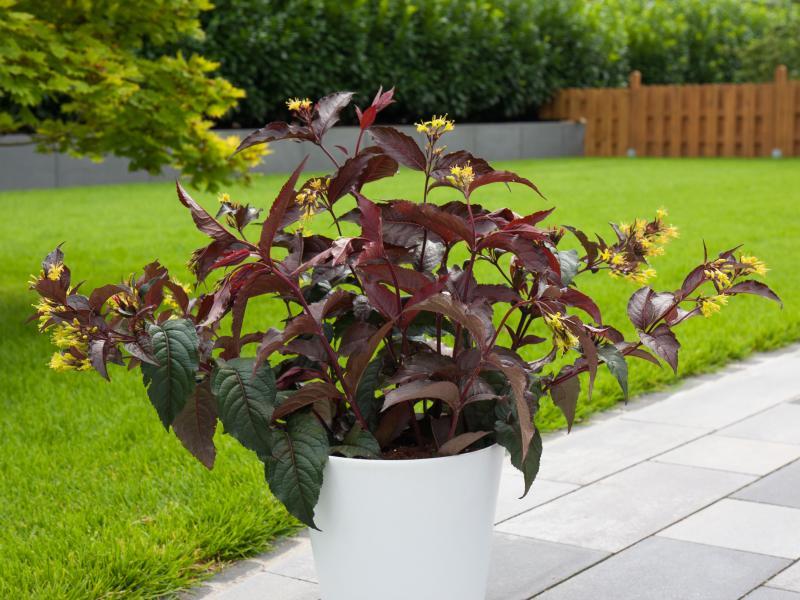